When deciding where to go for our wedding anniversary this year, Cathy very kindly said that we should go somewhere to see one of my target species, so we went to Titchwell to look for Dune Tiger Beetles. In something of a change the weather was actually quite pleasant, so we were abe to have a nice walk in the sunshine.

Heading along the main path we stopped briefly to look at the Spoonbills and scan the nearest islands, but then kept on towards the beach. Just before we reached the dunes I noticed some small Colletes bees (probably C. fodiens) on some Ragwort, but then noticed several Epeolus bees, interesting looking parasitic bees associated with Colletes. I managed to get quite a few photos of them, but all but one of the pictures were of males, and with this species pair it is only the females that are field-identifiable. I think my photo is enough to show that it is a Black-thighed Epeolus, but I have sent the photos to a bee expert for checking. I also noticed another small bee with greenish eyes, that might be Osmia spinicornis. If I sound tentative with these IDs it is because I am - this year I have paid much more attention to solitary bees and I'm learning quickly, but still lack the experience to know if I'm right or not! 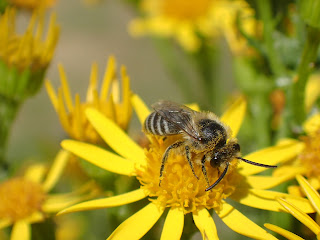 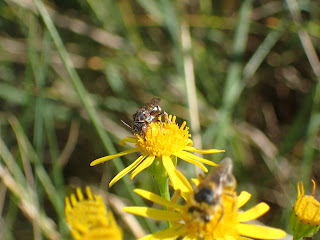 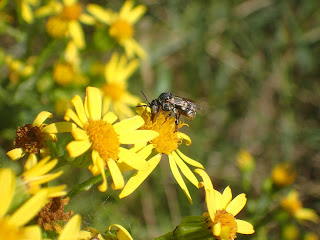 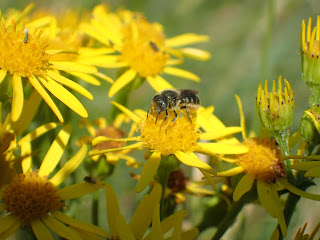 Once on the beach we walked west along the line where the dunes meet the beach, scanning the ground for beetles. For much of the way along we were constantly distracted by Dune Robberflies, but eventually I spotted my target, Dune Tiger Beetle. It ran off, but with a bit of fieldcraft I managed to get excellent views. 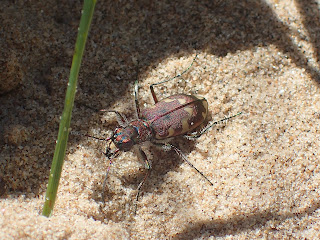 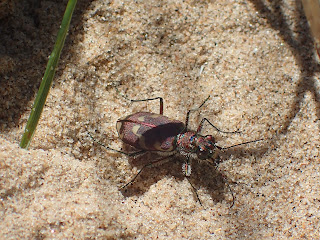 Once we had both seen the beetle we walked over to some exposed pools. On the way Cathy showed me how to tell the sex of a crab using the triangle on the underside of the carapace, something that I had been unaware of. As well as a number of small crabs, shrimps and Gobies we saw several good-sized Starfish and several jellyfish, at least one of which was a Blue Jellyfish. 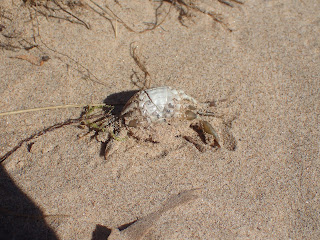 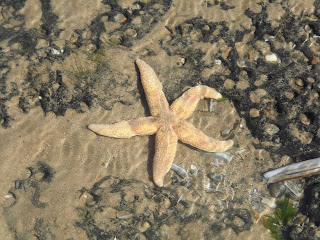 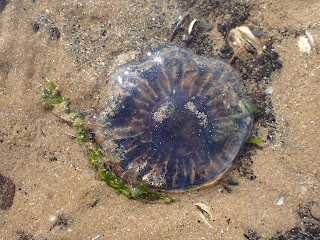 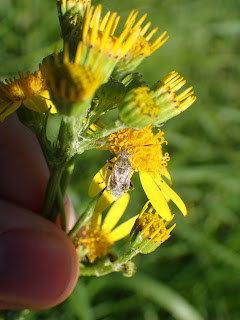