The recent alternating spells of warm and wet have resulted in some typically autumn fungi fruiting early. However the fungus that I was interested in seeing was actually quite old, but fortunately well preserved. A mycologist friend of mine, Mark Joy, had recently found a small group of Daisy Earthstars (Geastrum floriforme) and been good enough to give me directions to them. Daisy Earthstars are one of a small group that are hygroscopic, that is they curl up when dry, but expand when wet. The expansion was rather slow (due in part to the age probably), but one of them did uncurl fully. 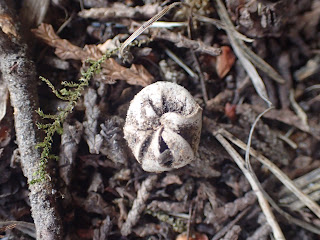 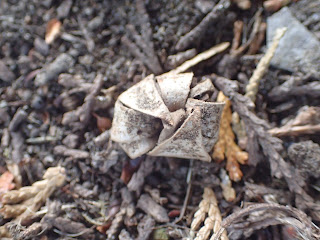 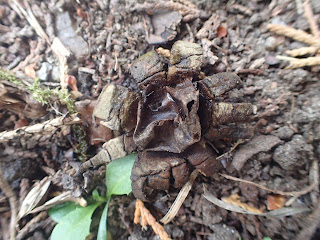 Of the other fungi seen a Shaggy Parasol-type was of interest. This species, a smaller version of the Parasol that stains a yellowey-orange colour has been split into three species recently. This means that I don't know which of the 'new' species any of my older records refer to - hopefully this one can be identified and it can go back on my list! 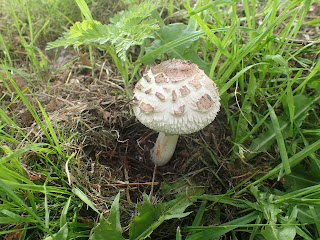