Each year Strumpshaw Fen hold three public moth morning events. I had been busy on the days of the first two, but would have probably chosen to go to this one out of the three anyway as it was slightly later in the year than normal to attract a different range of species. Cathy, Margaret and I arrived a bit early so went and had a look from the vieweing screen, seeing Kingfisher, Bearded Tit, Marsh Harrier and Black Swan. Whilst the group assembled we then stopped as a Shrew sp ran under a nearby table.

As usual Ben had put out two traps, one in the woodland and one in the wetter habitat in front of reception hide. Between the two traps around 60 species were caught, but for the first time at one of these events I didn't see any new species. There were two that I hadn't seen in Norfolk before, Lesser Swallow Prominent (Suffolk) and Six-striped Rustic (Kent), plus several species that I had only seen once before like Chevron and a Clay Triple-lines that Ben brought from his garden trap in Brundall. Other things like Burnished Brass are always nice to see. 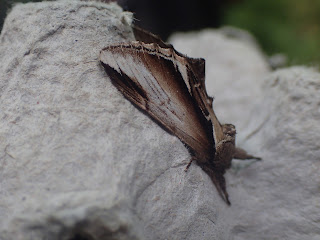 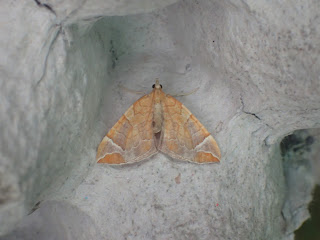 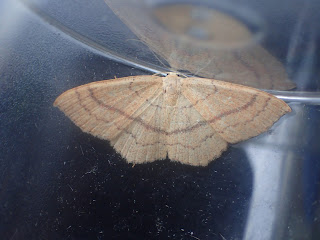 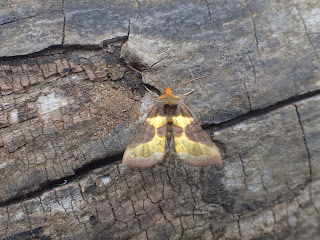 I had hoped to have a quick look for other insects after we had gone through the traps, but a steady rain had begun to fall so there wasn't much point. I did find some 'sputnik' galls on Dog Rose near the reserve entrance, caused by the cynipid wasp Diplolepis nervosa, along with another Hawthorn Shieldbug. Thanks as always to Ben for running the event. 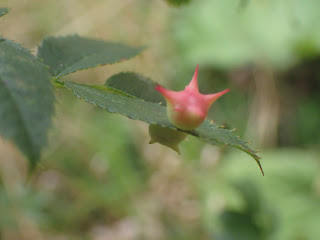 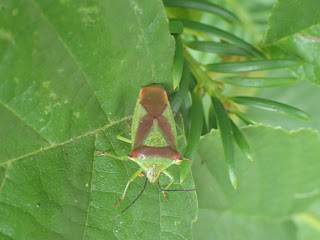