On bank holiday Monday I had arranged to go out with Adam, so I headed back to North Walsham. before we went out we went through some moths that Adam had caught the night before. Most of them were typical for the time of year, but there was a new one amongst them for me, Scarce Bordered Straw. This species is a fairly regular migrant at this time of year, but numbers vary and catching one seems to be pot luck really. 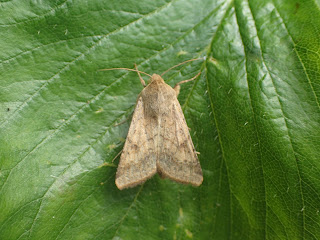 When we went out into the garden to release the moths Adam pointed out a parasitised Large White caterpillar and pupae of the parasitic wasps that had emerged. These small yellow cocoons are made by Cotesia glomerata, and should be looked for wherever you know that Large White caterpillars have eaten your veg! 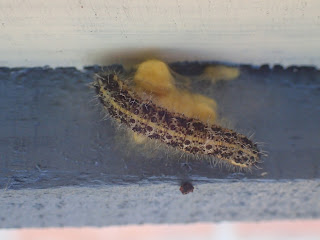 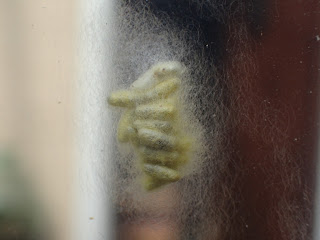 We then a brief look around the garden so that I could add a few species to Adam's fledgeling garden list. These mostly took the form of leaf-miners, including Amauromyza flavifrons in Red Campion and Stigmella plagicolella in Sloe leaves. 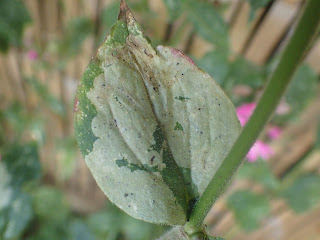 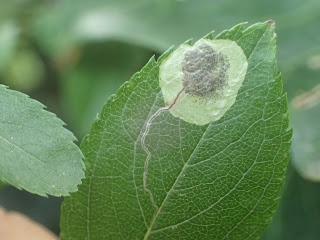 Later in the day I was about to leave when Adam found one of the impressive Sycamore Moth caterpillars in his hedge, as well as an Angle Shades moth. 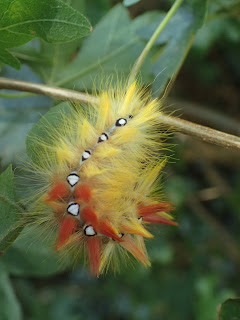 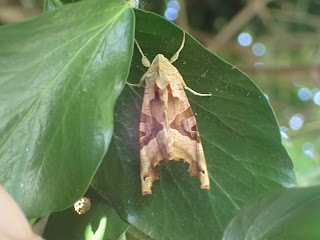