In terms of birds this months WeBS count was the quietest I can remember, but there were several other species about to spice up the visit. The Little Broad is now barely visible through the rampant vegetation, so I headed round to a gate near the watersports centre to get an alternative view. When I  headed back up towards the path I spooked a Grass Snake, which slithered quickly down into the reeds. In the past ten years I had only seen one live one and one dead one here, although perhaps not surprising given the level of disturbance the site gets. 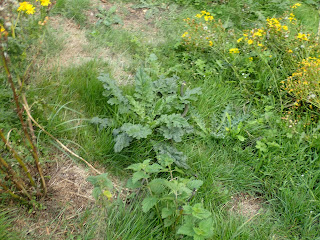 A paltry 11 species (plus Swan Goose x Greylag hybird) were present on the Great Broad, but numbers overall similar to last year.

Main counts:
By the time I reached the south-east corner of the broad the bulk of the bird count had been done and I could spend a bit more time looking for insects. Three species were of particular interest, the hoverfly Ferdinandea cuprea was a patch tick for me, whilst the tachinid Graphomya maculata and the conopid Conops flavipes were both new for me. 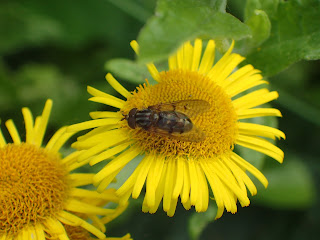 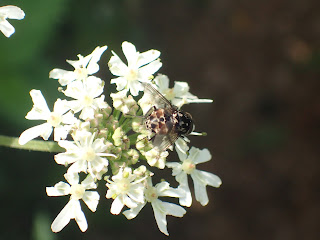 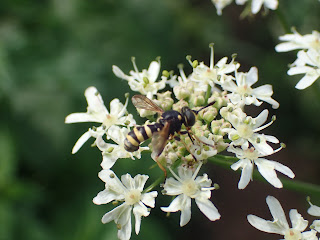 Looking at leaf mines as I went round I saw two of the four Norfolk 'snail trail' moth mines, Phyllocnistis xenia in poplar and Phyllocnistis saligna in willow. Having not found any mines in Himalayan Balsam at Trowse Meadow a few weeks ago, mines of the fly Phytoliromyza melampyga were new for the site I think. 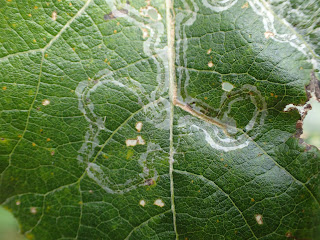 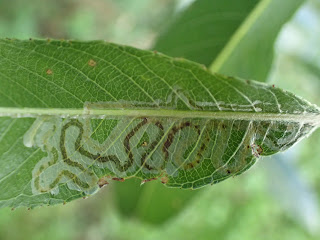 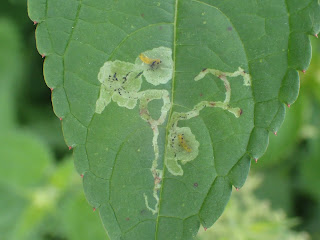 There was a final sighting of interest on the path back to the car park - another Grass Snake! Again it saw me before I saw it and soon vanished into the leaf litter, but great to see them here.
Posted by James Emerson