In the past week a couple of species had been reported that I'd not seen on my patch before, Common Lizard and Small Red-eyed Damselfly, so when the sun came out I went for a quick circuit. I didn't see either of these targets, but the pathside flowers were full of insects. The highlight of these was the odd-shaped tachinid Phasia hempitera, which I have seen a couple of times previously at Whitlingham, but not at Thorpe before. Another tachinid present in good numbers was Tachina fera. 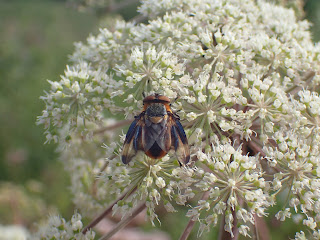 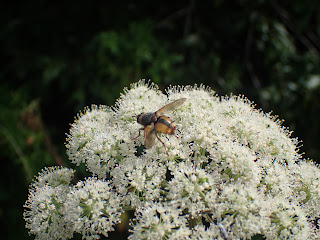 I will leave you with my last photo of the walk, two hoverflies on an Angelica flowerhead, that for some reason I rather like. The one on the left is Eristalis pertinax, and the other is Eristalis intricaria. 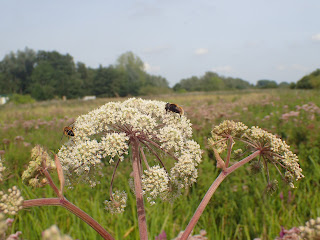