In the third of our family woodland walks, we decided to go to Bacton Woods, one of my old haunts. Having crossed over one of the main paths we crossed onto a ride with a mixture of coniferous and deciduous trees with some nice dappled sunlight. There were some nice areas of bramble, and a Silver-washed Fritillary flew across the path (you didn't get them here when I was growing up). Further along we saw the first of many White Admirals, probably my favourite butterfly although I've not seen Marsh Fritillary yet. 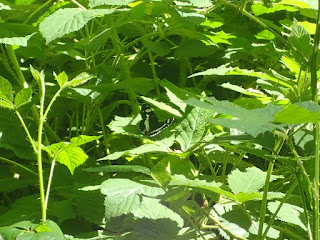 Rose was enjoying herself, with some running backwards and forwards, bark rubbings and splashing. She even handled both losing a welly in some thick mud and a nettle sting with admirable stoicism. I found some nice insects too, including the micro moth Tinea fulvella, the hoverfly Volucella inflata, the spider Diaea dorsata and the longhorn beetle Stictoleptura rubra. 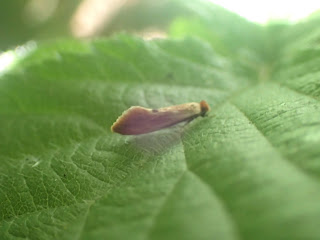 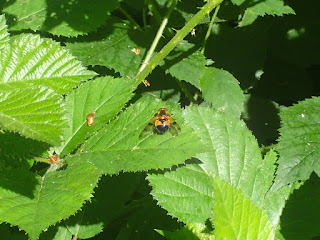 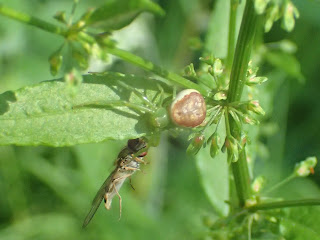 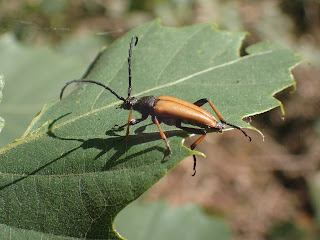 On the way back to the car I noticed some interesting galls on Red Oak, which I think are caused by Taphrina caerulescens. We had lunch in the car, where a Wasp Beetle briefly landed, and whilst eating my food I was watching insects on the bramble nearby. I decided that it looked like an interesting bramble so I took a series of photos, from which Alex Prendergast (the BSBI Rubus referee for this area) was able to identify it as Rubus adamsii, a scarce species in East Anglia but one known from Bacton Woods. 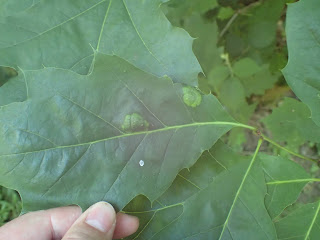 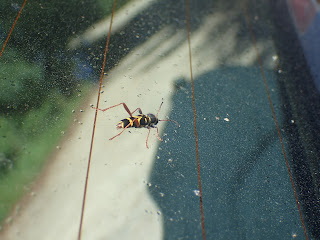 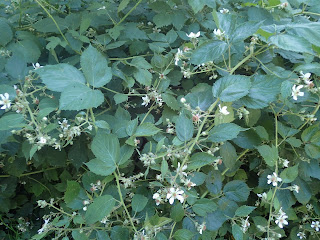