A particularly productive walk home from work, with a couple of new species to add to the morning Rose-coloured Starling sighting. Near New Mills I spotted an umbellifer growing in the middle of the river. I'd seen it there before but not got good enough photos to identify it, and did the same again, but fortunately for me Chris Lansdell has my tweet about it and went and got some better pictures, enough to identify it as River Water Dropwort. 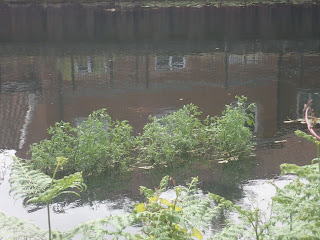 Walking through Wensum Park I had a look along a sunny bank, where there was a stand of Tansy not yet in flower. There was however a micro moth resting on the leaves, and it turned out to be Square-spot Drill (Dichrorampha sequana) a second new species of the day for me. 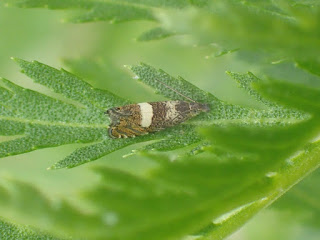 Nearing home I cut through Waterloo Park and spotted a large area of White Bryony. I decided to check it for two speciality insects, a Bryony Mining Bee and an interesting looking Tephritid with a long name, but didn't find either of them. I did notice a Stripe-legged Robberfly (Dioctria baumhaueri), which seems to be having a good year. 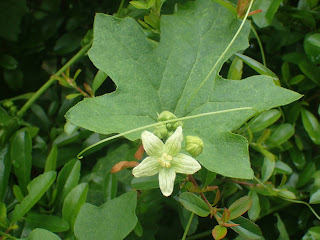 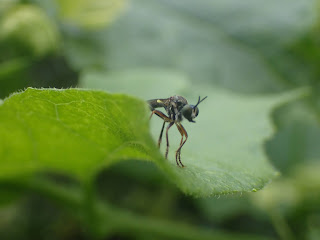