Whilst I had been out locally a few times, we were considering where and when to go out as a family (it can be difficult to make sure a 2 year old socially distances). We settled on Sheringham Park, the recently reopened NT property, partly because we had planned to visit this spring anyway, but also because the National Trust were restricting the numbers of people, so we knew it wouldn't be too busy.

It was a slightly drizzly day, but we had a good walk through the woods, starting at the bower where a female Blackcap was bathing in the pond and nearby Nuthatch and Firecrest called. It was actually a very productive trip for insects, with a handful of new species for me. Longhorn Beetles are one of my favoured groups, so the pick of them would probably be the Black-clouded Longhorn Beetle (agg) found by Cathy. It has fairly recently been discovered that there are two very similar species, hence the need to record it as an aggregate. Pictures of this, and the other new species are below. We also saw some impressive bracket fungi, Dryad's Saddle and Sulphur Polypore, and even caught a glimpse of the sea from one of the viewpoints. 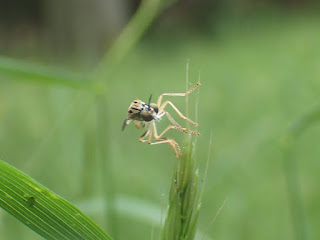 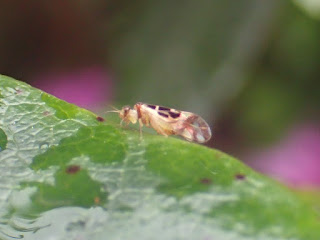 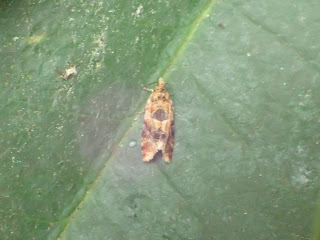 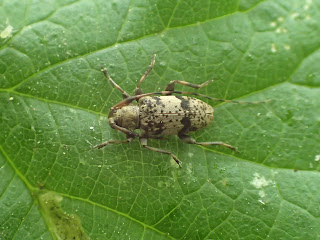 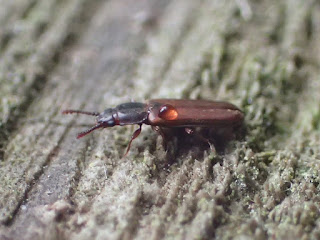 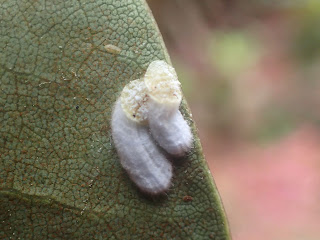 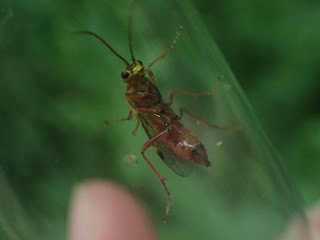