NORWICH: Garden lockdown list days 92 to 96 including a new species for Norfolk

Earlier in the week I had noticed a small bug on one of our Snapdragons, but it had flown off before I got a picture. Checking them again I noticed quite a few small green nymphs, and then eventually two adult bugs. I recognised it was being similar to some Dicyphus that we sometimes get on willowherbs, and having caught one I was able to confirm that it was Dicyphus escalerae, a species that specialises in Snapdragons and is spreading around the UK. Having checked with Tristan Bantock and Rob Coleman it turns out this is new to Norfolk! It is almost certainly being overlooked eleswhere, so worth looking out for. 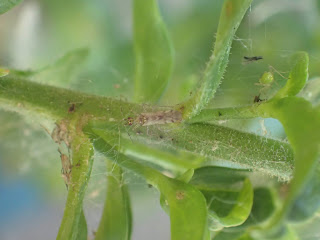 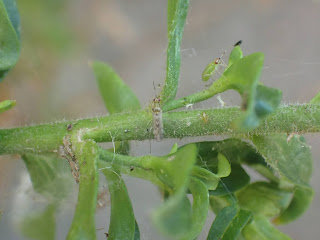 DAY 95 - 24th June 2020
Whilst in the living room Cathy noticed a bug flying past the window. It appeared to land nearby, and for once it stayed there long enough for me to run out and confirm the ID. It was a Dock Bug, a very common species at Whitlingham and other green spaces around the city, but a new one for the garden. A couple of new species found in the garden during a quick morning look around, and I added Woody Nightshade as its now in flower: 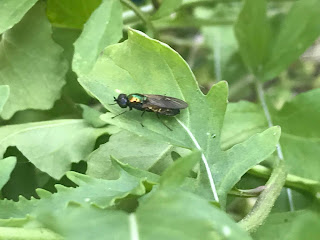 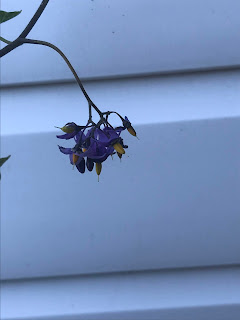 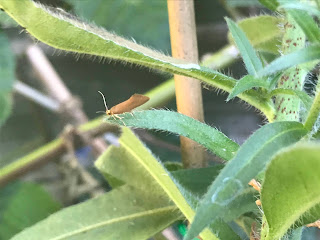