Early July 2020
We hadn't been to the coast since the start of February, so decided that instead of going for a woodland walk we would have a stroll on the beach. Deciding to avoid the busier ones we picked Overstrand, which worked out quite nicely. There were surprisingly few shells and things along the strandline, but the groynes proved interestingly. They were covered in Sprial Wrack, and with a bit of searching we found several Sea Slaters tucked away in the cracks. I also noticed a thin orangey sandhopper, which unfortunately could only be identified down to a species pair. In addition there were lots of interesting flies on the beach with white flashes on their faces. Tony Irwin identified them as Aphrosylus celtiber, a scarce species with few Norfolk records. 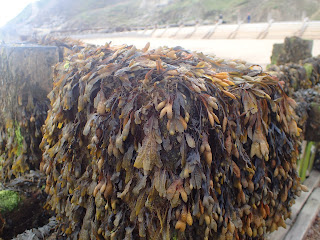 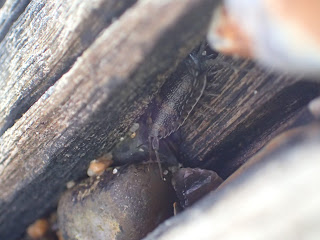 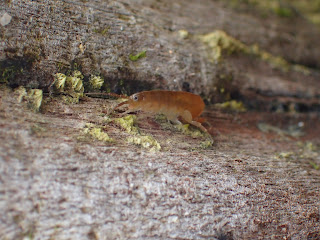 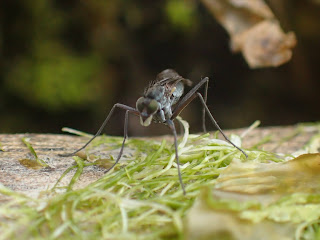 Email ThisBlogThis!Share to TwitterShare to FacebookShare to Pinterest
Labels: Overstrand