After leaving Brandon Country Park we headed back into Norfolk. I wanted to look for a couple of scarce breckland plants, but firstly we diverted down a small track at Weeting to visit the remians of Weeting Castle. Like several Norfolk 'castles' this one was actually a stately home with a moat, but nonetheless it made a pleasant diversion. 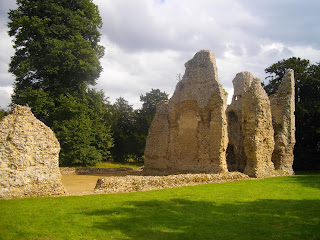 After looking at the ruins we carried on to Cranwich Camp, an area of dry grassland managed by the NWT. The first (and rarest) plant I wanted to see was Proliferous Pink, and I found one almost straight away near the car parking area. Later on I found some more out on the camp, although it was starting to go over. We walked around one edge to look for the second plant, Spanish Catchfly, but at first couldn't find any. There was a range of other interesting plants, including Wild Thyme and Restharrow. Re-tracing our steps we headed off along the other edge. I had been looking for a rare micro-moth, Powdered Grass Veneer, and having spotted one I then looked round and found that it had led me to an area of Spanish Catchfly. 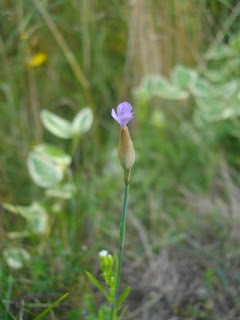 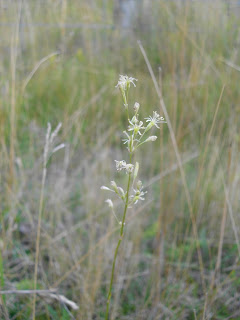 Although the plants were the main objects of my searching, I was also looking for Marbled Clover moths. There were lots of macro moths on the knapweed particularly, but most were 6-spot Burnets and the rest were Ear Moths, the latter a bit odd for diurnal observations. The meadow area looked good for invertebrates too, but my casual glance gave up just the one new species, the bug Calocoris roseomaculatus. I did keep an eye out for Smooth Rupturewort too, but I think that it is actually found at a nearby area called Cranwich Heath rather than Cranwich Camp. 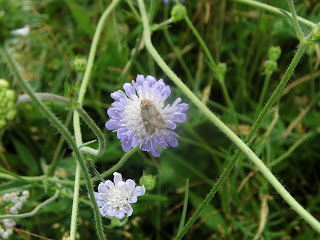 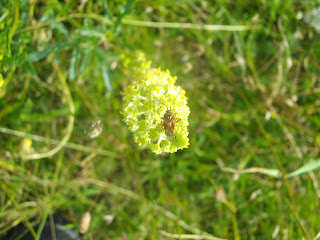