To celebrate our wedding anniversary Cathy & I went to Burghley House, a stately home in south Lincolnshire. We had a nice look around the house and a meal at the orangery restaurant, but for the purposes of the blog I will mention a few of the insects that we saw within the grounds. As we walked across to the entrance Cathy spotted a pair of Common Blue Damselflies at the side of the road: 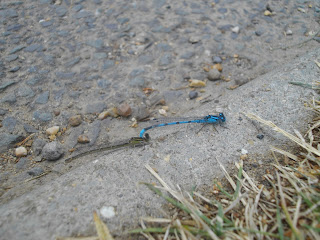 In the afternoon we walked through the sculpture garden, taking in a large lake. A Red-eyed Damselfly was seen in vegetation along the edge, and a Figwort Sawfly was on its foodplant close by. The most interesting sighting for me was a Common Furrow-bee (Lasioglossum calceatum) feeding on Water Mint. 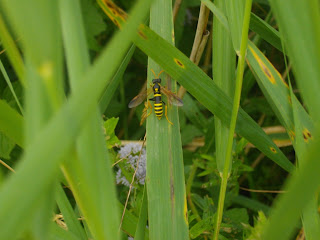 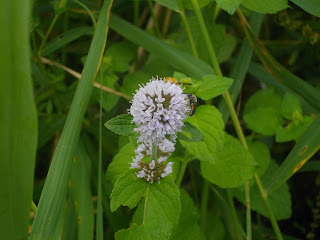 There were also a couple of plant sightings of interest, but neither likely to be 'wild'. Firstly I was looking at some ferns in the water garden. I didn't recognise one of them, and as it was growing with Maidenhair Spleenwort I thought it might be native to the area, however as there were lots of planted ferns a bit further on it probably wasn't. The second plant was a Corncockle. These attractive pink flowers used to occur as arable weeds, but are now very rare. The reason you are likely to have heard the name if you are not a botanist is because there was a ridiculous scare story about them in the papers a few years back. They are poisonous, likely many plants, but only if you eat them. As a result, the Telegraph were outraged that seed packets contained Corncockle Seeds. You can still read Patrick Barkham's response in the Guardian here: https://www.theguardian.com/lifeandstyle/shortcuts/2014/aug/26/corncockle-countryfile-bbc-packets-seeds-poisonous 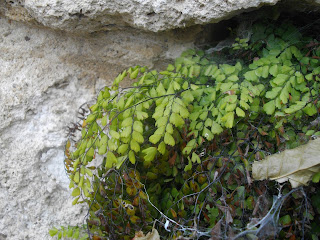 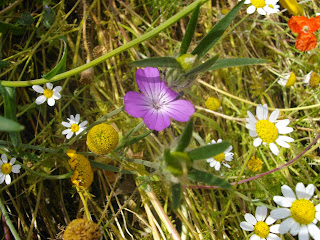 Corncockle. Don't look at it too long or it might get you.
Posted by James Emerson