The hot weather and southerly winds meant promising conditions for migrant moths, and having never seen species like Vestal or Convolvulus Hawk Moth we went round to the in-laws and put the moth trap out for a bit. We did catch a few macros, including Old Lady, Yellow-barred Brindle and Green Carpet, but the only possible migrants were Diamond-back Moths. I did catch a new micro moth for me, Mompha subbistrigella. 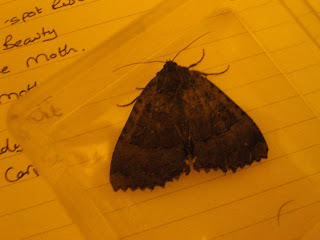 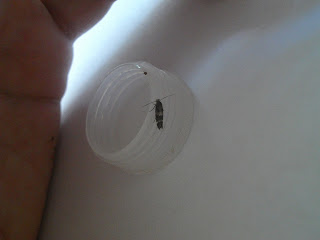 Perhaps of more interest is that moth-trappers across the county noticed that amongst all of the other insects that are attracted to the light, there was a huge influx of small orangey beetles over these few days. Other naturalists such as Andy Musgrove determined that they were a mixture of Bradycellus verbasci and B. harpalinus. I did have a closer look at one of mine (the shape of the rear pronotum is a key feature) and as expected it was Bradycellus verbasci. 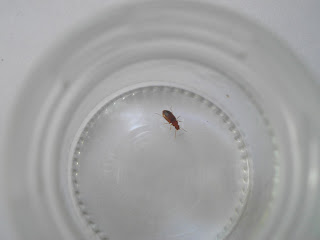