Tim Hodge had let me know that he had done some wildlife recording at Whitlingham at the weekend, and one of the species he had seen was a soldierfly called a Banded General. I've not seen any of the 'Generals', so after work on Thursday I took advantage of some early evening sunshine to go and have a look at the flowers along the riverbank near the woods.

Upon arrival I was saddened to see a dead Sparrowhawk along the edge of the woods. There was no sign that anything untoward had occurred, so after checking for rings I left it where it was and carried on. 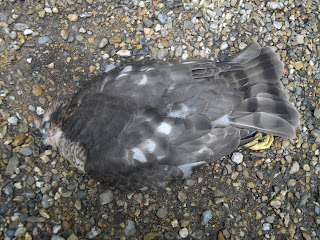 There were Peacock and Red Admiral butterflies on the Buddleia near to the car park, and a Volucella zonaria hoverfly on some brambles. Approaching a lime tree with lots of flowers, I could immediately see lots of bees and hoverflies. A smaller relative of the previous species, Volucella inanis was resting on one of the leaves. A third Volucella was also present - I thought at the time that it was V. inflata because of the large black middle to Tergite 2, but I was concerned about the dark scutellum, and having spoken to the county recorder he says it is an atypical Volucella pellucens. 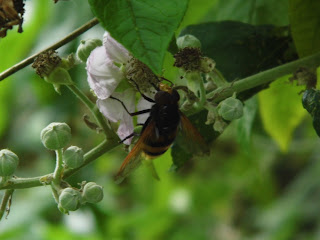 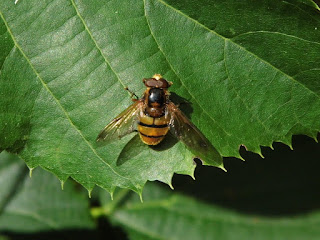 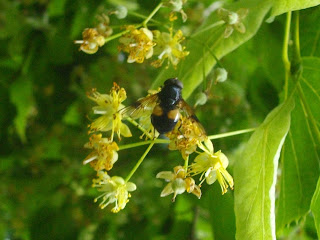 Volucella pellucens (more typically this species has a complete band)

With no sign of the Banded General I headed along to Whitlingham Marsh. Here I did see a new patch hoverfly, Chrysotoxum bicinctum, although it flew off before I could photograph it. Walking alongside the A47 I saw a new leafhopper (Eupteryx aurata) and a Willow Emerald damselfly. I was keeping a look out for a spiky shrub with fine-leaves that Tim had mentioned earlier. When I found it I noticed that one had green blackberry-like fruits, and wondered if it could be a Rubus species. This turned out to be a good guess, it was Parsley-leaved Bramble (Rubus lacianatus). 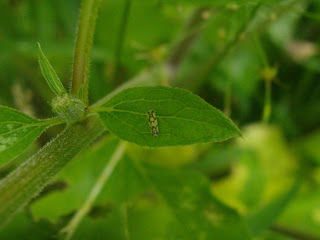 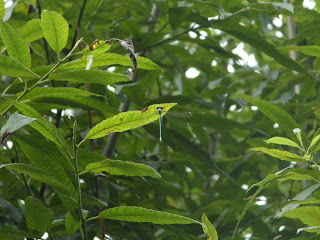 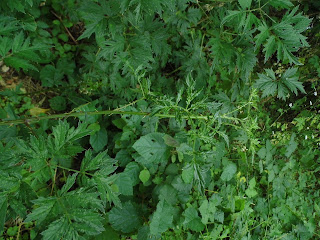 It was beginning to drizzle, so I headed back to the car, calling in briefly at the lime again. I saw a bracket fungus growing from an Ash tree along the riverbank, and realised it was Shaggy Bracket (Inonotus hispidus), a new patch fungus, to round off a productive hours walk. 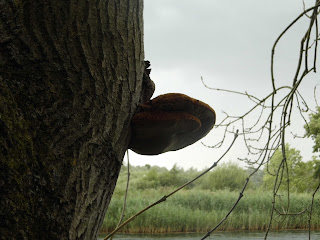