A hot and busy day at Whitlingham to complete the August WeBS count. There was a further reduction in wildfowl numbers from July, and no Greylag Geese on the broads at all. This complete clearout struck me as unusual, but actually last year there was only six recorded from the August count, so a similar thing happened last year as well. There were no terns or singing warblers, but a couple of House Martins flew over and a Bullfinch was heard in the conservation area. The vegetation around the Little Broad has grown up so much that it was tricky to see the whole of the broad, but hopefully some of it will die back soon. Twelve Greylag Geese were on the slipway at Broadland Boat Club, along with a white Call Duck.

Potentially the most interesting sighting of the day was one that got away. A small brown butterfly nectaring on Ragwort between the two broads looked very much like a Brown Argus, a species I've not recorded here, but it flew off and I couldn't be 100% sure it wasn't a female Common Blue, so I'm not counting it. Whilst loitering nearby in the hope that it would return I noticed an unfamiliar green plant, later confirmed online as Lesser Swine-cress, a new species for me. 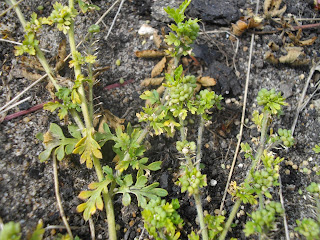 I also added two hoverflies to my patch list, Xanthogramma pedisequum (also a Norfolk tick having seen it just over the border at Brandon CP earlier in the summer) and Helophilus trivittatus, possibly a migrant. Other interesting sightings included galls on Persicaria sp and Alder. The first one took the form of bright red swellings along the stem, which were very noticeable so I don't know how I;ve overlooked it in the past. The second was a species I have wanted to see for a while, Alder Tongue Gall. This was found near the bird screen, and I only saw it because I stopped to watch a flock of Long-tailed Tits flying past. 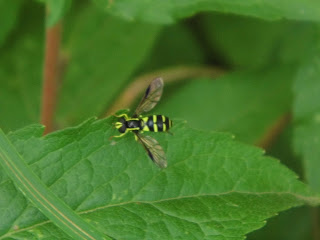 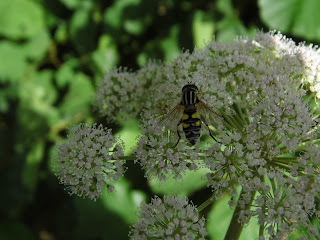 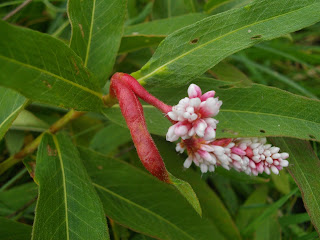 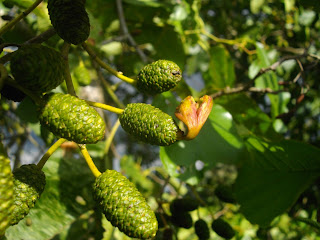