On Saturday morning Cathy, Margaret & I headed to Strumpshaw Fen for one of the reserves moth mornings. Typically there are three of these a year, one in June, July and August, and by attending one a year for the last few years I have racked up a Strumpshaw moth list of well over 200 species.

This year moth numbers seem to have been down on recent years, but across the two traps (one in the fen and one in the woods) we saw at least 90 species. Of the macro moths there were three new ones for me, the one I was most pleased about was Tree-lichen Beauty, a small greenish migrant species. Twin-spotted Wainscot and Phoenix were the other two new ones. There were also the usual crowd pleasers like Garden Tiger and Poplar Hawk Moth, plus scarcities like Double Kidney. 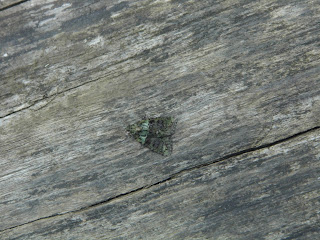 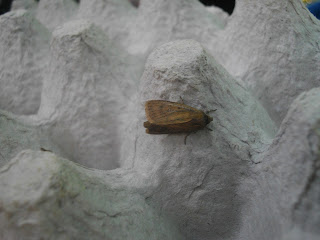 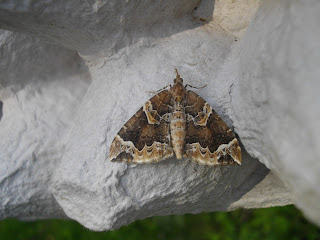 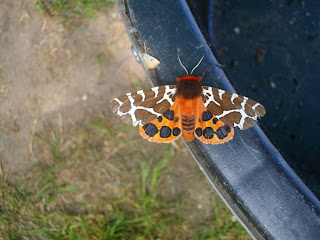 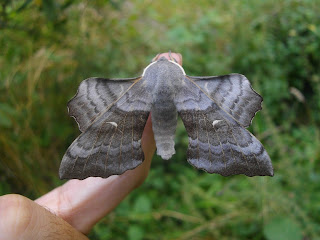 In addition to the moths the trap had also caught lots of Whirligig Beetles and one Great Silver Water Beetle. Carrion Beetles are regularly attracted to moth traps, and there was a Nicrophorus investigator, typically mite-infested. We had to move some of the moths when a predatory Robin flew in and began to eat some, and just before we left a Brown Hawker caught a Speckled Wood and perched up in a tree nearby to eat it. 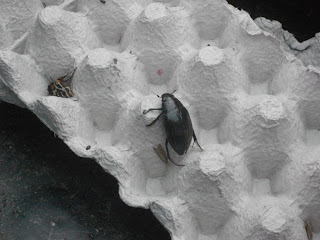 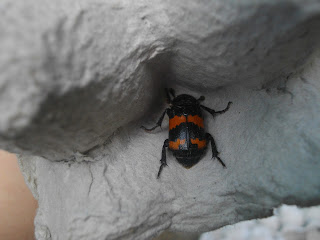