For the past few years there has been some Clouded Yellow butterflies reported from Queen's Hills Country Park at the edge of Norwich, along with several other interesting day-flying moths. I had never been, but the sighting of two 'helice' form Clouded Yellows, a form I haven't seen, tempted me to go and have a look. I had been told that they were the main Queen's Hills side (there is a smaller reserve the Ringland side) near to a car park, but I could see a proper car park so I found a place nearby to park and walked back. 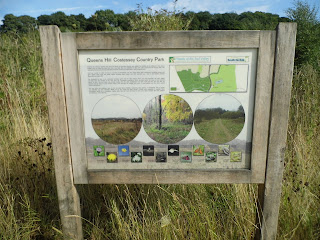 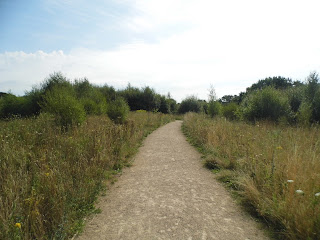 The area was covered in plants, so I could see why it would be good for insects. Quite a few of them were going over, but there was still lots of Ragwort, Knapweed etc. I walked around near two ponds, one dry and one full, seeing a flyover Grey Wagtail and hearing a Bullfinch. There was no sign of any Clouded Yellows in the areas I checked, but there were lots of other butterflies including Painted Lady and Common Blue. 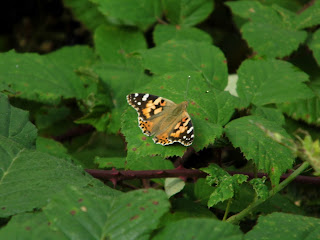 Having a look around at the flowers I saw the hoverfly Chrysotoxum bisinctum, which I don't see very often, and also a new capsid bug, Oncotylus viridiflavus. I photographed a Cinnamon Bug (Corizus hyoscyami) and after putting the photo on Twitter Brian Eversham pointed out that the Ragwort plant it was on had been galled by a fly. There are two possible culprits, so I may ask around and see if I can find out which one it is. This conversation also highlighted a guide produced by Buglife to the insects that use Ragwort, which looks handy. 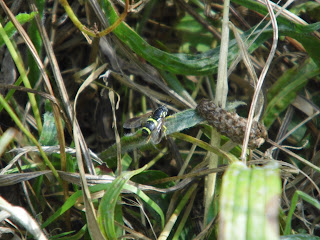 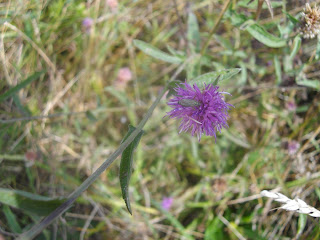 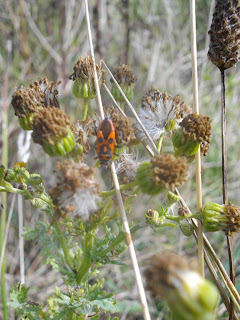 On my way back to the car I noticed a few orange, four-petalled poppies. I managed to identify them as Californian Poppy, a garden plant that has presumably either been thrown out here or grown from seed. Before going home I called in at Whitlingham, but there was a lot of disturbance on the broad from boating, so after a quick look round I headed home. 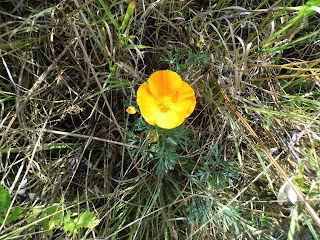